Fiona Onasanya KICKED OUT of Parliament by voters 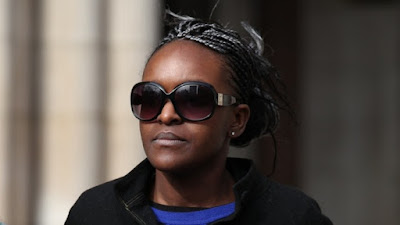 Criminal former Labour MP Fiona Onasanya has become the first politician to be booted out of the Commons by voters using a recall petition.

Almost 20,000 people in Peterborough signed the petition to kick her out of the seat after less than two years.

It came after she was jailed in January for perverting the course of justice after lying to police over a speeding charge.

A spokeswoman for Peterborough Council, which ran the petition, said that it had been signed by 19,261 people, far above the 7,000 signatures required to get rid of her.


'This means that the petition is successful and the Peterborough parliamentary seat is now vacant,' she added.

The decision sets up a mouthwatering by-election prospect in an area which voted 60-40 to Leave in the 2016 EU referendum.

Nigel Farage's Brexit party has indicated it will stand a candidate in the seat, which Onasanya took with a 607 majority in 2017 from Tory Stewart Jackson.

Labour and the Tories will both fight the seat and Onasanya is allowed to stand as an independent.

The 35-year-old refused to quit after being handed a three-month prison sentence.

The former Labour MP, who was booted out of the party after her conviction, has continued to collect her £77,379 salary and appear in the Commons to vote.
- May 02, 2019