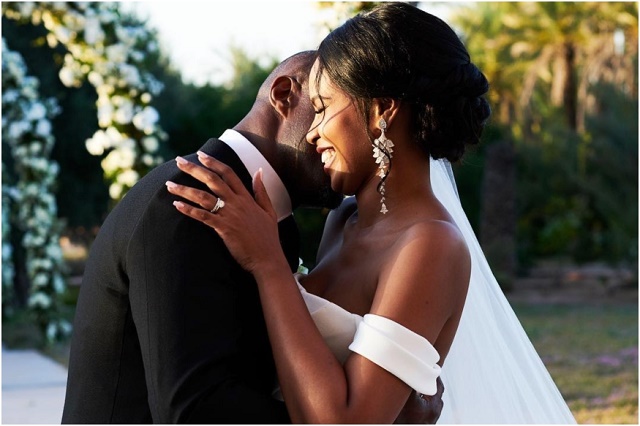 Idris Elba, British actor, has tied the knot with Sabrina Dhowre, US model, in a three-day beautiful wedding that held at a hotel in Marrakesh, Morocco.

The beautiful couple, who got engaged in 2018, exchanged vows on Friday, at the Ksar Char-Bagh hotel in Marrakesh, according to photographs shared on the Instagram page of British Vogue.
.

Friends and family were treated to a bright “colours of the Souk” themed dinner on Thursday. The celebration continued on Saturday with an all-white party at the Mandarin Oriental, which will emulate the atmosphere of a festival.
In February last year, the gifted movie star proposed to Sabrina ahead of a screening of his film ‘Yardie’ at Rio cinema in Dalston, east London.

The model, who is of Somali descent and nine of her close friends headed to the five-star Amangiri hotel for a jolly weekend of fine dining, horse riding and boozing.

The ‘2018 sexiest man alive’ was married to Hanne Norgaard, with whom he shares daughter, Isan, 17.

He was then married to Sonya Nicole Hamlin, whom he divorced just four months later. Idris also shares a five-year-old son with ex, Naiyana Garth.
- April 28, 2019