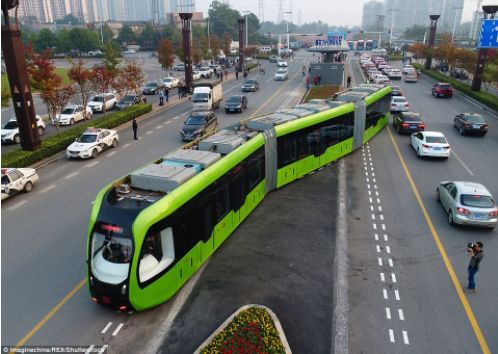 In a very bold move, China has launched its first futuristic 'smart train' that uses virtual track lines and can carry as many as 300 passengers at a go.


One of the advanced cities in China became the first to launch the futuristic, trackless train, which uses virtual railway lines to take it from place to place.

The train, which can travel as quickly as 43 mph (70kmh), and carry as many as 300 passengers, is being hailed as the world's first 'smart train'.

The rail system, called ART or Autonomous Rail Rapid Transit, runs on virtual rail lines through the busy streets of Zhuzhou in China's Hunan province and was created by China's CRRC Corporation Limited, one of the world's largest train manufacturers.

The ART is almost a hybrid of a bus and a tram and it will be used to shuttle Zhuzhou's four million residents about the city, before being rolled out across the rest of China.


Instead of using tracks, like a traditional tram, the ART follows white markings, painted onto the road and measuring 3.75 metres (12.3 feet) across.

Feng Jianghua, chief engineer of the train, has said the virtual railway system is much cheaper to build compared to a conventional tram or subway system. 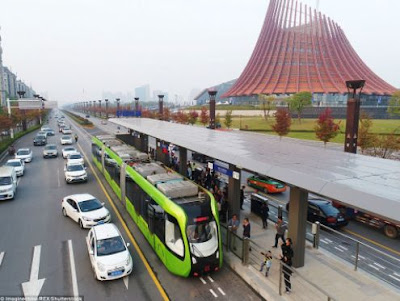 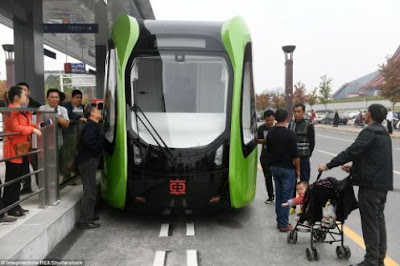 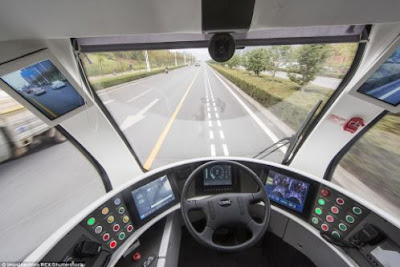 According to Ladible, Feng also addressed safety concerns, saying the train identifies the pavement and has various sensors to collect other important travel information.
- October 29, 2017