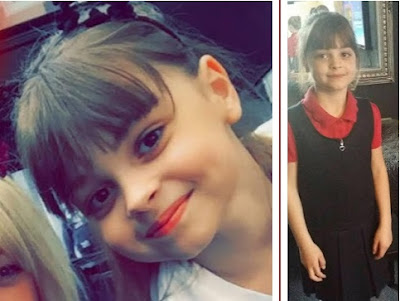 A primary schoolgirl aged just eight years old was one of 22 people killed when a suicide bomber blew himself up at a packed pop concert in Manchester last night.

ISIS have said one of its 'soldiers' set off the ball bearing bomb at the Ariana Grande concert. At least 119 people were injured in the worst terror attack Britain has seen since the 7/7 London bombings.

Eight-year-old Saffie Roussos, 18-year-old Georgina Callander and 26-year-old John Atkinson were among those killed. Of the injured, 59 were taken to hospital - of which at least 12 were children - and 60 were treated at the scen
- May 23, 2017