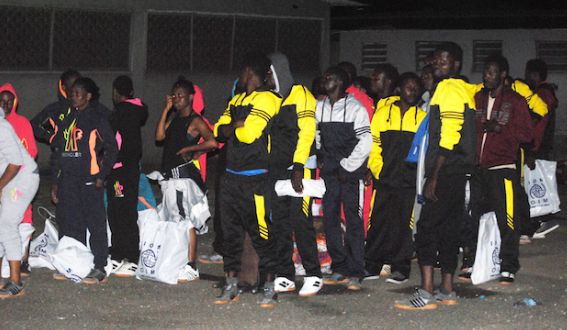 No fewer than 253 Nigerians repatriated from Libya arrived at Murtala Muhammed International Airport, Ikeja, on Tuesday. The returnees, who arrived aboard an airbus belonging to Libyan Air, touched down at the airport around 6.45pm.

It was learnt that the returnees were assisted back into the country through the intervention of the International Organisation for Migration (IOM).

Officials of the National Emergency Management Agency were said to have provided them with food and money for transportation back to their different destinations.

He said, “The assisted voluntary returnees arrived in the country around 6.45pm on Tuesday aboard an airbus belonging to Libyan Air. A total of 253 people were received by NEMA officials. Of the number were 140 adult females, four female children, and four female infants. There were 102 male adults, two male children and one male infant.”
- April 26, 2017