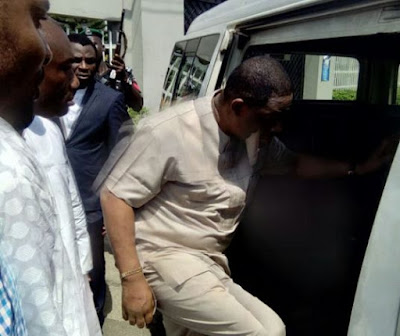 Justice James Tsoho of the Federal High Court, Abuja, has granted Femi Fani-Kayode, spokesman of the Goodluck Jonathan’s campaign organisation, bail in the sum of N50m, and a surety in like sum.In his ruling on Thursday, Justice Tsoho granted him bail but ruled that Fani-Kayode be remanded in prison until he perfected his bail condition.

The Economic and Financial Crimes Commission (EFCC) is prosecuting Fani-Kayode on five-counts of money laundering to the tune of N26million, separate from the first case.

The agency is also prosecuting him on 17-counts of money laundering ‎to the tune of N4.9bn at the Lagos division of the federal high court.

The judge fixed December 14, for the commencement of his trial.