75yrs Old Man Confesses: How I ran gang with my 14 children 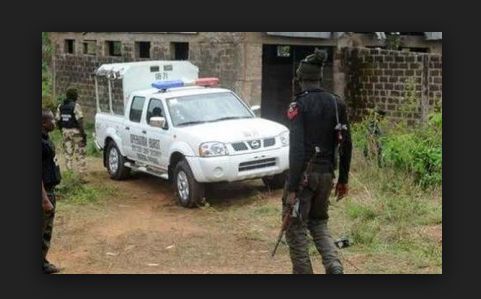 A 75-year-old man, Mallam Yahaya Shanjijiri, and his 14 children were among over 500 suspected criminals who voluntarily renounced their activities in Rijau area of Niger state at the weekend.

Mallam Shanjijiri, said to be one of the most notorious criminals in the state who publicly announced his retirement from his illicit business at the palace of Sarkin Bauchi, in Rijau, confessed to have been kingpin for over 30 years.

He disclosed that he stopped going out for operation eight years ago due to age, but was providing his children intelligence and training.

According to him, he began his criminal act when he was barely 10yrs old, stealing in neighborhood and gradually grew to stealing goats and cattle before engaging in a full blown robbery.

Mallam Shanjijiri said he had been arrested and sent to prison 11 times but regained his freedom. He said his area of operation includes Niger, Kebbi and Sokoto states.

The Sun reports that he told the gathering, which included the Divisional Police Officer in charge of Rijau, head of vigilance group and other security agencies that he carried out over 300 operations, an average of three operations in a month.

He stated further that he and members of his gang which included his children used to make between N2million to N3million in every successful operation. According to him, the proceeds were usually shared into four places.

Shanjijiri, who spoke in Hausa said: “When we robbed and the operation is successful, we would settle the security, we would keep some for court cases; we also settled our herbalist who prepared charms for our us.

“The remaining proceeds we used to take care of ourselves and I had been doing this for the past 30 years. Although, I have been arrested, charged to court and sent to prison 11 times, I still regained my freedom”.

He confessed that he and his gang had been responsible for a number of high profile robbery, kidnapping and cattle rustling in Niger, Kebbi and Sokoto states. He said his gang never killed any victim in their operations. He noted that nobody forced them into repentance.

“I want God and all those we have robbed in the past to forgive us as we will never contemplate doing such again‎ in this life. I want to make it clear that nobody forced or threatened us to take this step of repentance: We did it of our own volition because it doesn’t pay‎,” he concluded
- November 07, 2016