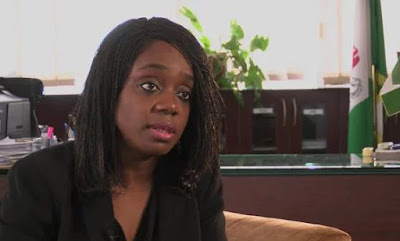 The Minister of Finance, Mrs Kemi Adeosun, has accused western powers of being a stumbling block to Nigeria’s plan to improve power output through the use of coal. Adeosun said this on Wednesday in Washington during a discussion on the importance of addressing infrastructure gaps in developing countries at the World Bank, International Monetary Fund (IMF) general meetings.

She said that improving power supply was the corner stone of the current administration’s goal towards economic development, yet finding it difficult to get support from western community.

“However, we are being blocked from doing so, because it is not green. This is not fair because they have an entire western industralisation that was built on coal fired energy.


“This is the competitive advantage that was used to develop Europe, yet now that Nigeria wants to do it, they say it’s not green, so we cannot.

“They suggest that we use solar and wind, which is the more expensive. So yes, Africa must invest in its infrastructure, but we must also make sure that the playing field is level,” she said.
- October 06, 2016