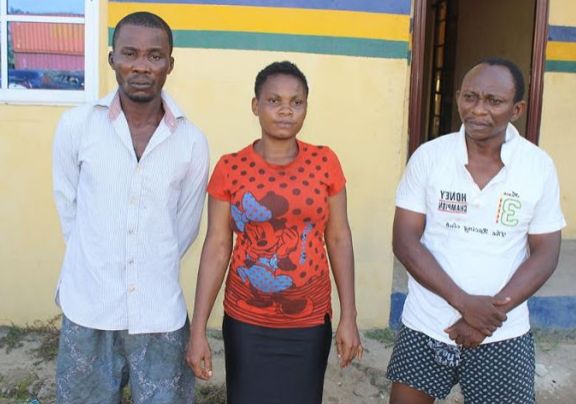 Operatives of the Anti-Kidnapping Unit of the Rivers State Police Command have smashed a kidnap gang responsible for numerous kidnap cases in Eleme area of the state.

Acting on a tip-off, the operatives were able to arrest Stanley Mgbiri ‘m’, Mkpowu Blessing ‘m’, and Micheal Hope ‘f’, who are serial kidnappers terrorizing the axis. The trio are responsible for the kidnap of a nine (9) year old girl, Miracle John, at Igbo Etche.

As a bait, the sum of N100,000 was paid into the account and when they went to withdraw it, police rounded them up and they were arrested.

The guys and lady are presently in Police custody and the suspects will be charged to court.
- October 19, 2016