Edo Gov-Elect Obaseki Gets Certificate of Return From INEC 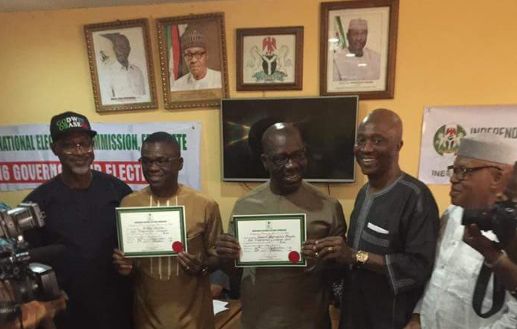 The governor-elect of Edo State, Godwin Obaseki and his deputy, Philip Shuaibu were presented with certificates of return today by the Independent National Electoral Commission, INEC, in Benin.

Dr Mustafa Muhammed, INEC Commissioner of South-South zone, who personally presented the certificates to the governor-elect and his deputy, promised that INEC would improve the electoral system in conduct of future elections. 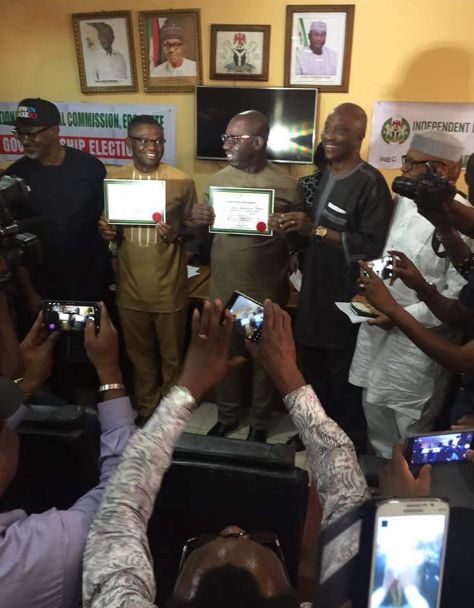 In his remark, Obaseki thanked Edo people for their support and promised to put their interests first.
- October 06, 2016