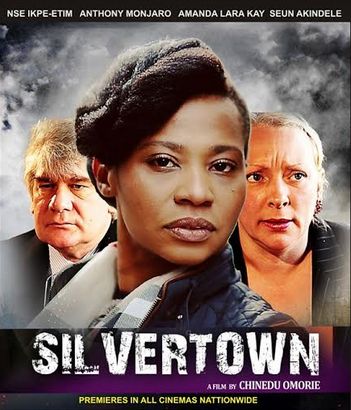 Sivertown, is a highly anticipated international feature film shot in London, slated to be premiered in Nigeria on the 26th of August, at Silverbird Galleria, Victoria Island, before its premiere and release in the United Kingdom and other African countries. SILVERTOWN movie will be released in cinemas nationwide on the 2nd of September, 2016.SYNOPSIS
A desperate sojourner is faced with the most difficult situation of her life as she is denied asylum in the United Kingdom and confronted by the stiff stance of betrayal from a beloved friend. All hell breaks loose as she fights (daily) to survive.