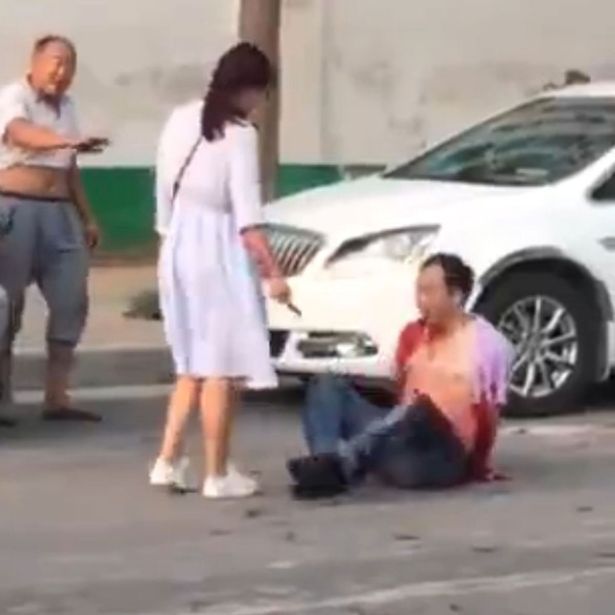 An angry wife stabbed her 'cheating' husband in the middle of the street - leaving him completely soaked in blood.
According to a clip posted by Daily Record, the man was seen sitting in the middle of the road in a blood-soaked shirt and after yelling at each other for several moments ,the man dragged himself to his feet and tried to walk away. 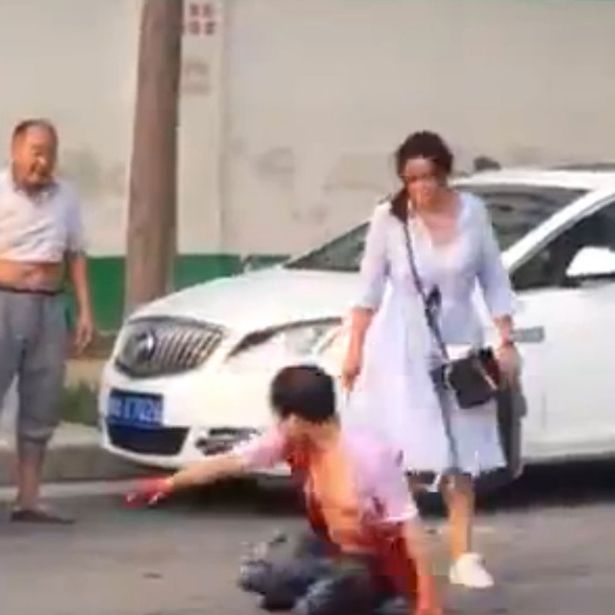 But, the woman followed him before stabbed a knife into his torso.
The man who was heard yelling out in pain,stumbledaway, clutching his side, before the clip suddenly cuts off. 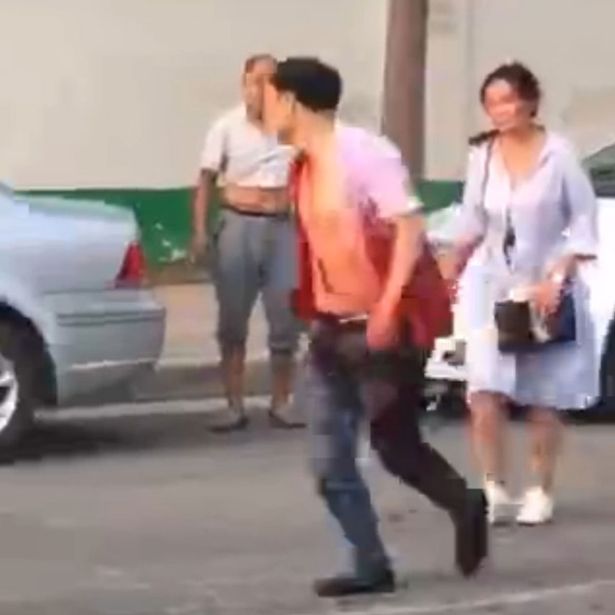