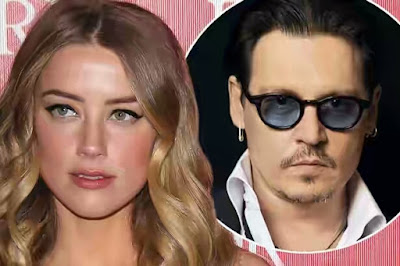 Johnny Depp and Amber Heard have agreed to a $7 million divorce with the acting admitting their 15 month marriage was "at times volatile".

According to US gossip website TMZ, the case has been settled and actor Depp, 53, has agreed to pay his wife the huge sum of money to walk away, which includes attorneys' fees.

Legal documents were filed on Tuesday in which the Rum Dairy beauty withdrew her request for a restraining order.

The 30-year-old actress previously accused Depp of throwing an iPhone at her face during a blazing row on May 21. It was one of numerous violent outbursts she is said to have been subjected by her husband.