SHOCKER: My Uncle Rapes Me 4 Times Every Week... 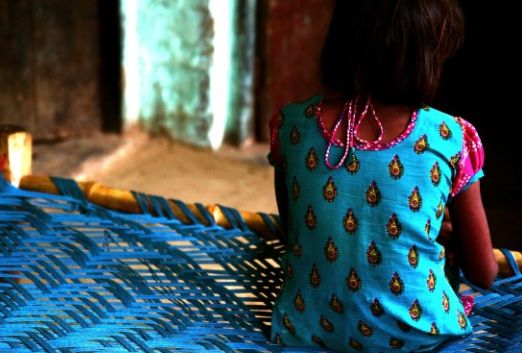 A teenage girl Faith (real name withheld), followed her mother's brother from Delta State to Lagos in 2013, three years ago, after he was said to have assured her of obtaining quality education in Lagos.

But sadly, the girl, whose mother lives in Mali, said that the 27-year-old uncle, had s*x with her four times every week between 2013 and 2016. Faith, who said her uncle always threatened her to keep the act secret, said she summoned courage and confided in one of her schoolmates.

The friend was said to have advised her to report the case to the police at the Isokoko division which led to arrest of the uncle, identified as Bright. The victim told the police that Bright had initially sent her to work for a woman as a housemaid but later took her to Aguda, Surulere, to live with him.

She said, “My uncle brought me from Delta State in 2013 to live with him in Lagos and promised to give me quality education. He is my mother’s brother. My mother lives in Mali.

“I was 11 years old when he started having sex with me. He initially took me to a woman. He had an issue with the woman and I started living with him. He had sex with me four times in a week.
“He warned me not to tell anyone. But when I could no longer bear it, I told one of my friends in school and she advised me to report him to the police.”

Bright, in his statement to the police, confessed to the crime. He, however, claimed that he slept with his niece just once in a week.

He said, “I was the one who brought her to Lagos. When she arrived in Lagos in September 2013, she stayed with me for a week and I took her to a woman because I was advised not to leave her alone at home.

“She had a misunderstanding with the woman and the woman said she did not want her again. Since then, she had been staying with me and we had s*x every Saturday. But I ensured I did not ‘release’ into her private parts.”

The suspect was subsequently brought before an Apapa Magistrates’ Court on one count of r*pe by a police prosecutor, Francisca Job.

Bright pleaded guilty to the charge before the presiding magistrate, Mrs. A.O. Adegbite. The magistrate thus adjourned the case till July 11, 2016 (today) for fact and sentence.
- July 11, 2016