Man Shoots Bride, Groom, Others At Wedding In Abuja 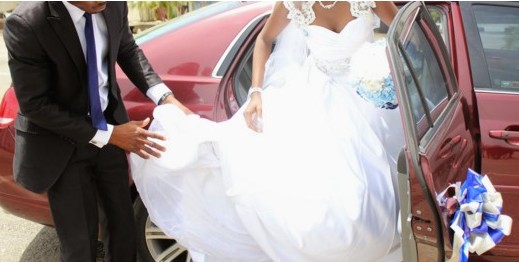 An operative of the Department of State Services (DSS), went berserk on Saturday evening and shot at a newly wedded couple openly during their wedding reception in the Karu area, close to Abuja.

A source told sunnygist that the SSS man was dating the lady and he had spent a lot on her, but she decided to play a smart one on him by secretly getting married to a man from her state.

There are, however, conflicting reports about the state of the newly-weds. While one report said the bride and bridegroom died before reaching the hospital, other sources told Tribune that the couple, alongside other victims, were rushed to a hospital where they are responding to the treatment.

It was learnt further that the SSS operative, who appeared suddenly when the couple was dancing after they had exchanged their wedding vows and moved to the reception, started shooting sporadically.

According to one of the witnesses, "after shooting the couple and other guests, he attempted to flee but some youths at the event caught him. He was beaten up and the the arrival of policemen saved him from being beaten to death."

When contacted, Nasarawa state Police PRO, Ismaila Numan, an Assistant Superintendent of Police (ASP), confirmed the incident, saying the suspect had been arrested, while investigation was ongoing.

He declined to disclose the identity of the SSS man but said the couple are responding to treatment.
- November 09, 2015