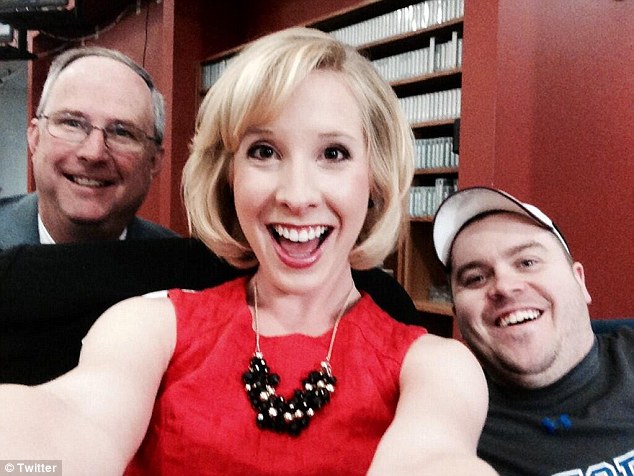 A gunman is on the loose after killing two broadcast journalists in a shooting that was captured on live television in Moneta, Virginia early Wednesday morning.

WDBJ cameraman Adam Ward was filming reporter Alison Parker interviewing Vicki Gardner, the local chamber of commerce director, for a light-hearted segment at 6:45am when about eight shots rang out.

Screams were then heard as the women duck and the camera falls to the floor. A person dressed in all black is then seen standing nearby with what appears to be a gun raised in one hand pointed at Ward.

The general manager at the CBS station later came on the air to confirm Parker and Ward's deaths. Parker was 24 and Ward was 27.

Police say they know who the suspect is and are currently chasing the shooter on Interstate 81. Virginia Governor Terry McAuliffe says the gunman is believed to be a disgruntled employee of the station.
- August 26, 2015