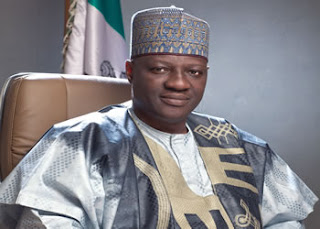 The Kwara State Governor, Alhaji Abdulfatah Ahmed has signed four bills into law with a pledge to redouble efforts to improve the welfare of the people despite the downturn in the national economy.

Speaking while signing the bills into law, Governor Abdulfatah Ahmed said he would continue to initiate and implement new initiatives aimed at ensuring good governance and making life better for all residents in the state. Continue...

According to a statement by his Senior Special Assistant on Media and Communication, Dr Muideen Akorede, the state governor acknowledged the challenges confronting the state as a result of dwindling allocation from the federal government and assured that he will work harder to cushion the population from the impact of the economic downturn as much as possible.

Governor Ahmed enjoined the people to support his administration to rapidly develop the state, stressing that that all hands must be on deck to create a prosperous Kwara State for the benefit of all.

Alhaji Ahmed said that while his administration has no intention to impose fresh taxes, all efforts would be made towards efficient revenue collection to raise funds for his administration’s people-oriented projects. These projects, according to him, include a 100 megawatt Independent Power Projects, 2000 New Classrooms, the remodelling of an additional five general hospitals, and the implementation of new water projects across the state.
- June 15, 2015