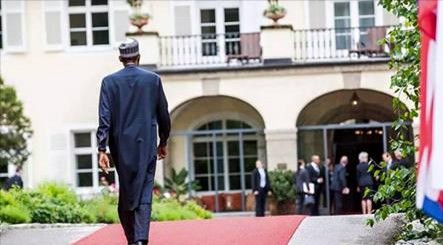 President Muhammadu Buhari said Tuesday in Abuja that his administration has received firm assurances of cooperation from the United States and others on the recovery of funds stolen from Nigeria.

Speaking with members of Northern Traditional Rulers Council led by Sultan of Sokoto, Muhammadu Abubakar, President Buhari said it was now up to Nigeria to provide the international community with the facts and figures needed to drive the recovery effort.

Buhari said, “In the next three months, our administration will be busy getting those facts and the figures to help us recover our stolen funds in foreign countries.”
Citing the report submitted by the Ahmed Joda-led transition committee, President Buhari said that several revenue-generating institutions in the country have been compromised leading to a weak economy.

At an earlier meeting with governors on Tuesday, President Buhari had assured that his government will recover billions of dollars in the next three months.

He vowed to ensure monies stolen by past officials were returned. He also warned the governors that the era of impunity and brazen theft of public funds was over.

On insecurity, the president said traditional rulers could play a key role in stemming terrorism and insurgency in Nigeria by assisting the government with cost-effective intelligence gathering.

In his remarks, the Sultan of Sokoto said, “We have always advised our leaders, but their acceptance of our advice is their own prerogative.”
- June 24, 2015