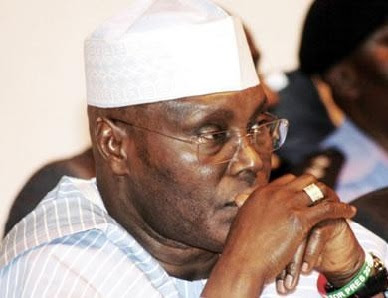 There are indications that the leadership of the All Progressives Congress, APC, may sanction former Vice-President Atiku Abubakar and present Sokoto State Governor, Aminu Tambuwal, over the outcome of the National Assembly elections that challenged the supremacy of the party.

Sources within the APC said Atiku colluded with Senator Bukola Saraki to undermine the will of the party while Tambuwal, who is the former Speaker of the House of Reps, supported Yakubu Dogara who emerged as Tambuwal’s successor.

The suspicion of the APC leadership was reignited by the fact that Atiku was the first person Saraki visited after emerging as Senate President on Monday, apparently to thank Atiku.

A reliable source within the party said the party was aware of moves by the PDP to secure principal offices in the National Assembly over a month ago and that was why the party selected staunch APC members, – Ahmed Lawan and Femi Gbajabiamila – as its candidates for Senate President and Speaker.

The source said the APC knew that the PDP would approach its old members to actualise this plan. Both Saraki and Dogara defected to the APC from the PDP. 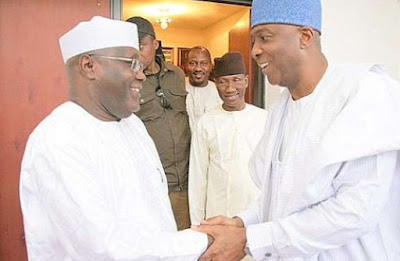 The source said, “We started keeping tabs on Atiku in January when he showed that he was not interested in the success of President Buhari when he was our presidential candidate. Our fears were reignited when the then President, Goodluck Jonathan, paid Atiku a visit shortly before the elections.

“A large section of Atiku’s supporters defected to the PDP a day after that meeting with Jonathan and that was why Jonathan’s Special Adviser on Political Affairs, Rufai Alkali, said shortly after that meeting that Atiku would soon return to the PDP. Atiku even admitted himself that he did not attend Buhari’s rallies.

“Don’t you find it curious that the first person that Saraki visited after emerging as Senate President was Atiku? We have information that Atiku told his supporters in the Senate to vote for Saraki and that was what happened. We know that Atiku is still nursing a presidential ambition for 2019 and he is now beginning to build blocks.”

The source said the APC had evidence that Tambuwal supported Dogara so that he (Tambuwal) could retain his influence over the lower chamber of the National Assembly.

He said Tambuwal ensured that Dogara emerged the Chairman, House Services Committee, which is the most influential committee in the House because of his closeness to Dogara.

He said, “Tambuwal is also nursing a presidential ambition and needs to retain control over the House. He will not be able to retain such influence if Gbajabiamila is the Speaker.”
- June 11, 2015