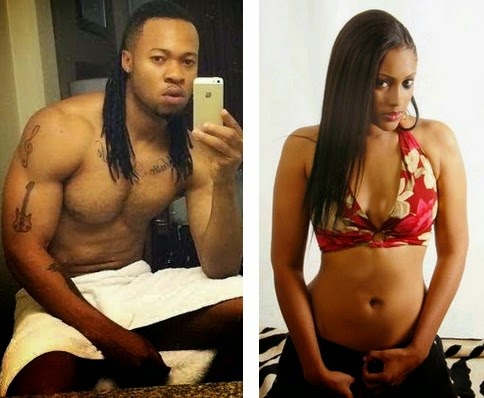 She was said to be dating footballer Mikel Obi before but she didn't get want she wanted from the affair, hence she moved on. What many did not know was that ex-beauty queen and model, Sandra Okagbue, has been doing things secretly with musician Flavour. Well, the result has come out. lol!

Sources confirmed she is already heavily pregnant and has relocated to the US where she is expected to give birth between September and October. Sadly, Flavours is said not be interested in marriage:

"The last thing on Flavour's mind right now is marriage. She said he's responsible for the pregnancy and Flavour has accepted it but as for marriage, don't hold your breath," one of the musician's close pal was quoted as saying.