Funke Akindele Set To Give Marriage Another Chance 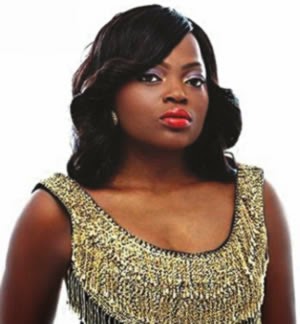 This is according to City People.

The pretty actress, who recently marked her birthday, is now engaged to wed and has concluded plans to have a secret introduction ceremony with her UK-based boo next month, although she is keeping the details under wraps.  According to what City People gathered from a reliable source, Funke who has been in a blossoming romantic affair with her new heartthrob for quite some time now, has finally accepted his proposal to take the union to the nextlevel. She decided to keep it a top secret considering her first bitter experience with her much-publicized celebrity marriage that packed up few months after.

Sources reveal the handsome dude who lives in the United Kingdom is head over heels with Funke and shows her a lot of affection. However, she has currently moved into a new mini duplex located in the highbrow China Estate, inside Chevron Drive Lekki. Recall that this magazine exclusively broke the news about Funke’s new romance and her new apartment in Lekki. Although the actress came out to debunk the story that she has a new lover in her life who has been pampering her silly, she however acknowledged that she has indeed moved into a new Lekki home. Reason not far-fetched from the fact that she has decided to keep her relationship very private. The couple we gathered started their romance shortly after she left her first marriage and the guy whom people close to Funke confirm is very crazy about her, is quite eager to walk her down the aisle but Funke who has been bitten once aint taking any chances.
- September 01, 2014