Dangote Finally Set To Crash Price of Cement in Nigeria 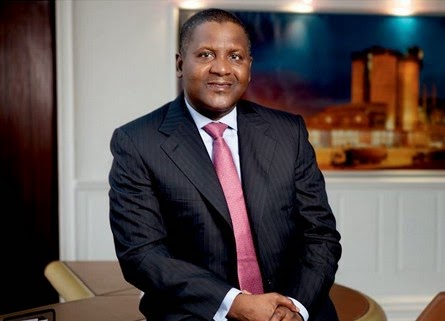 Nigerians are currently paying more for cement than most countries around us, even smaller countries. But it seems all that would soon change. Dangote Cement has assured Nigerians that the era of highly priced cement will soon be over as it has concluded plans to increase its production in all its three key plants in the country and also simplify its distribution network with the aim of crashing the price and making the products available to all Nigerians.

President of Dangote Group, Aliko Dangote, disclosed this at a recent customers’ forum held in Kano State. He said that his company had concluded plans to expand the capacity of its production lines, in Obajana, Kogi state, Gboko, Benue state, and Ibese, Ogun state, from the current 19.25 million metric tonnes (mmt) by additional 9 million tons by the end of the year.

Dangote further said that the expansion will move the production output of the three manufacturing plants to about 28 million tonnes, which will position his company as the biggest cement production entity in Africa.

Justifying the production of the new 42.5 grade of cement in the country, Dangote said, the move was borne out of the quest to save the nation from the national embarrassment of mounting incidents of building collapse, with its attendance loss of lives and property.