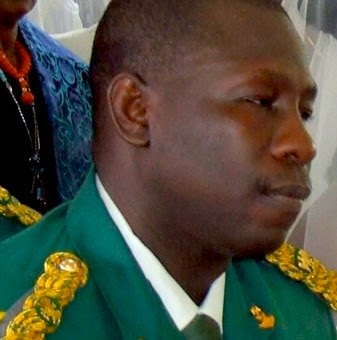 There is serious fear in the land. Boko Haram terrorists on Monday attacked a platoon led by the son of former President Olusegun Obasanjo, shooting him in the cross fire. He sustained serious injuries to his legs and was being transported to the hospital at the time of this report.

Adeboye Obasanjo, an army engineer, is a Lieutenant Colonel. He and his platoon were engaged with Boko Haram at Baza, which is the village of the General Officer Commanding (GOC) of the 3rd division when the incident took place.

The Lieutenant Agwu of the 234 battalion, GOC of the 3rd Division, Major Gen JS Zaruwa and Col. Victor Ebhaleme who serves as the Brigade Commander of the 23rd Army brigade in Yola were all together advancing towards Michika when Boko Haram dreaded fighters unleashed the deadly attack on the Nigerian soldiers... 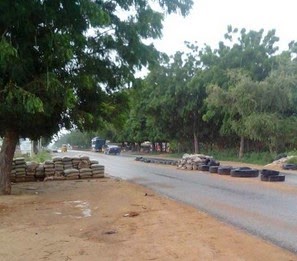 According to SR, 24 soldiers in the platoon were reportedly killed by the militants.

Apart from the dead soldiers, the army also lost an armored tank to the militants. As a result of the attack, the army has moved sensitive weapons from mubi to the Brigade headquarters in Yola leaving mubi vulnerable to attack. The town of Mubi has practically been deserted following the closure of schools and massive retreat of soldiers from the city.

President Obasanjo, who is also trying to mediate in the Boko Haram saga, is said to be out of the countr
- September 09, 2014