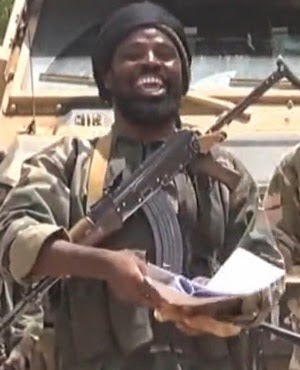 Borno-born journalist said to be a close ally of Boko Haram, Ahmad Salkida, has dismissed the report that the dreaded commander of the Boko Haram sect has been killing by troops in Konduga area.

Salkida, who is on self-exile in the United Arab Emirates over alleged threats to his life, said he has it good on “authority” that Abubakar Shekau was hale and hearty. Salkida claimed that Shekau, who he had discussions with recently during a failed attempt to negotiate an end to the incarceration of the Chibok girls was not the one in a picture circulating online.


“Mark my words: I have it on authority that Shekau is well and alive. The picture going round is not the person who torments us with his group,” the journalist stated categorically.

“So far, no town taken by Boko Haram has been reclaimed by the Nigeria Army. They were only able to prevent Konduga and Maiduguri from falling to the terrorists. Success in the war against terrorism should be felt by those that are affected the most, and not just in the media."

According to him, the Nigerian Army has only been able to repel the taking over of Konduga and Maiduguri but has failed in reclaiming the communities overrun during the sect’s recent expansionist drive.

He accused the security forces of taking the war against terrorism to the pages of the newspapers rather than committing energy and resources in reclaiming the “lost territories.”

“Konduga was a turning point for the Nigeria Army but the journey to an assured future is still long and tough. Nigeria must take this fight away from pages of newspapers and confront it overly. We are yet to get it right but Iet us pray for victory for Nigeria.

Writing on Twitter, Salkida, who is widely reported to have had an unfettered access to the late Boko Haram founder, Mohammed Yusuf, stated that residents of the various communities in the north east have yet to feel the positive impact of the recent gains in the counter-insurgency operations.
- September 24, 2014