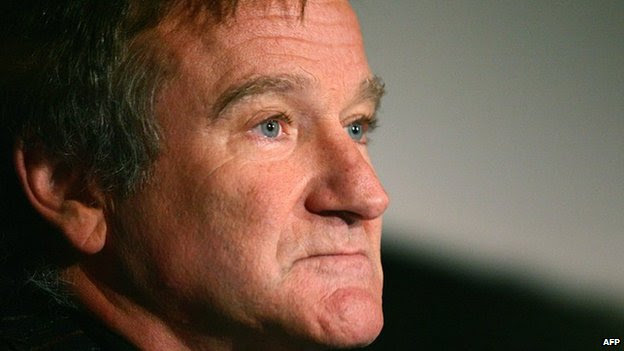 President Barack Obama has led tributes to US actor and comedian Robin Williams, who has been found dead, aged 63, in an apparent suicide.

Marin County Police in California said Williams was pronounced dead at his home after officials responded to an emergency call around noon local time.

Williams was famous for films such as Good Morning Vietnam and won an Oscar for his role in Good Will Hunting.

His publicist said he had been "battling severe depression".

President Obama was one of many offering condolences to the actor's family saying: "Williams arrived in our lives as an alien - but he ended up touching every element of the human spirit.

"He made us laugh. He made us cry. He gave his immeasurable talent freely and generously to those who needed it most - from our troops stationed abroad to the marginalised on our own streets."

In the past Williams had talked, and even joked, about his struggles with alcohol and drugs.

He had recently returned to a rehabilitation centre to "fine-tune" his sobriety, the Los Angeles Times reported in July.

The local Sheriff's office said Williams was found unconscious and not breathing at his home near Tiburon, north of San Francisco.

"At this time, the Sheriff's Office Coroner Division suspects the death to be a suicide due to asphyxia, but a comprehensive investigation must be completed before a final determination is made," police said in a statement. 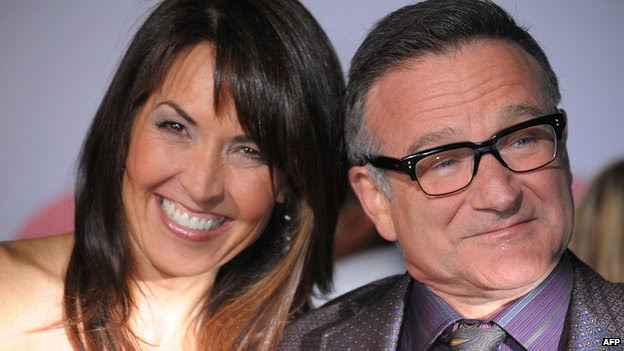 In a statement, Williams' wife, Susan Schneider, said she was "utterly heartbroken".

"This morning, I lost my husband and my best friend, while the world lost one of its most beloved artists and beautiful human beings. I am utterly heartbroken," she said.

"On behalf of Robin's family, we are asking for privacy during our time of profound grief. As he is remembered, it is our hope the focus will not be on Robin's death, but on the countless moments of joy and laughter he gave to millions."
- August 13, 2014