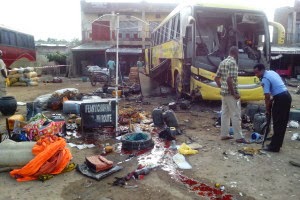 A high calibre improvised explosive device went off inside the crowded New Road motor park located at Sabon Gari, a predominantly Christian quarters of Kano metropolis leaving scores dead.
The blast an eye witness said ripped through a bus station in Kano as passengers boarded buses out of the city. Explosives, apparently concealed in a bag that was abandoned by two men disguised as travellers, went off at about 3:00 pm (1500 GMT) at the New Motor Park in the predominantly Christian Sabon Gari neighbourhood of the city. There was no immediate indication of the number of casualties, people at the bus station told AFP. 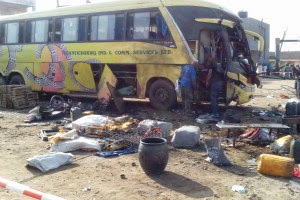 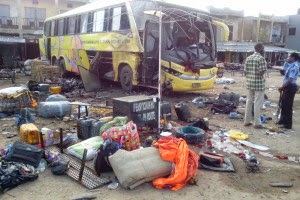