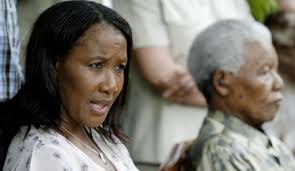 In a heated interview with the South African Broadcasting Corporation, Nelson Mandela’s eldest Daughter, Makaziwe Mandela scolds the foreign media — particularly CBS — for, among other things, camping outside her father’s hospital.

“There’s sort of a racist element with many of the foreign media, where they just cross boundaries. You have no idea what’s happening at the hospital …
You can’t even enter hospital or you can’t even go out of the hospital because they are making themselves such a nuisance. It’s like truly vultures waiting when the lion has devoured the buffalo, waiting there for the last carcass. That’s the image that we have as a family. And we don’t mind the interest, but I just think it has gone overboard …

“When Margaret Thatcher was sick in hospital, I didn’t see this kind of media frenzy around Margaret Thatcher, where people cross boundaries … Is it because we are an African country that people just feel they can’t respect any laws of this country, they can violate everything in the book? I just think it’s in bad taste — it’s crass.”

Without going into detail, Makaziwe Mandela also gives an update on her father’s health.

“I’m not going to lie. But I think that for us, as his children and grandchildren, we still have this hope because, you know when we talk to him, he will flutter trying to open his eyes … When you touch him, he still responds.”she said. 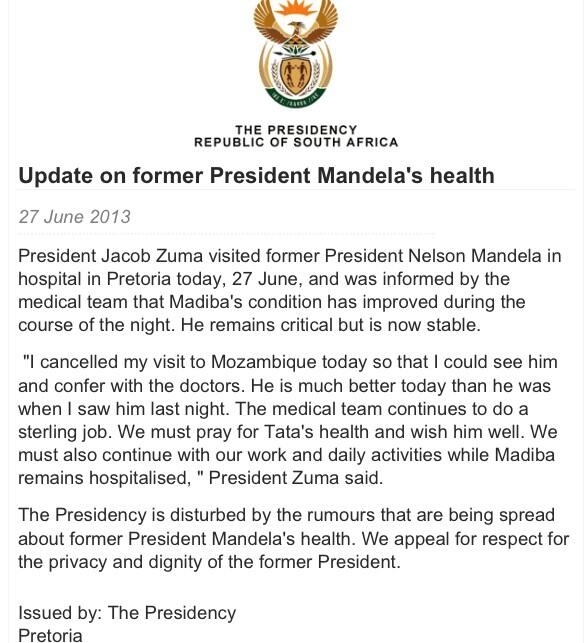