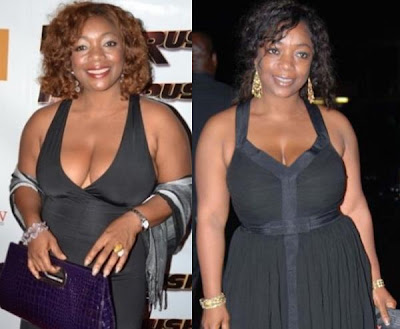 Talented Nollywood Actress Bimbo Akintola is gradually thinking about marriage as she approaches 42.
The actress in a recent interview with Daily Sun said she is not in a rush to get married.
Bimbo Akintola said if she doesn’t find a man to love for the rest of her life, she won’t bother giving marriage a try.
Interview excerpt below


Do you sometimes think about marriage?
Of course, I do. Like every human being on earth, I do. Marriage is such a huge step, it’s deep. Marriage is the relationship that is the most difficult of all relationships. If I can’t see someone and say oh, yeah, I wanna be with this person for the rest of my life or even think it, I won’t do it. I say that all the time and people say oh my God, she said she would never marry, I can’t believe it. That’s not what I’m saying (Voice rising). I’m simply saying if I don’t see someone that I believe I can look at for the rest of my life, I won’t do it.
So, what do you want in a man?
Someone that has principles, integrity, someone that’s kind, someone that’s funny, someone that’s clean (Chuckles). Very clean! Someone that’s compassionate. You see, it’s not about being tall, dark and handsome, it’s not about money. We would work for it together or whatever. My mum didn’t marry my father a rich man. So, I don’t put much emphasis on money.
it’s not about money or looks, it’s about your heart and your head. So, for me o, I have to be in the person’s heart and the person’s head. Intellect and you know, human feelings.
END OF INTERVIEW
—————————————————————————————————
In her long time in Nollywood, the actress simply stopped trying after a lot of headache finding the right man.
She was quoted saying she would rather wait a lifetime than to snatch another woman’s husband.