Rihanna earns Billboard record for most no. 1 pop songs 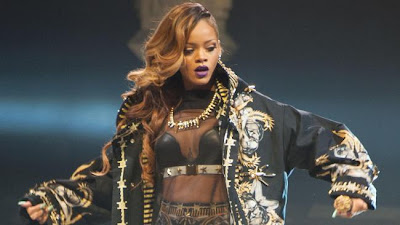 Rihanna is known for releasing chart-topping singles and her latest song “Stay” is no exception to the rule.
The record landed in the no. 1 spot, which officially marked the Grammy-winning singer’s tenth no. 1 hit on Billboard’s pop songs radio airplay chart.
The latest breakthrough also makes Rihanna the first artist to earn 10 no. 1 titles in the chart’s 20-year history.

In doing so, she beat out Katy Perry who has previously snagged the no. 1 slot nine times since her breakout “I Kissed a Girl” debuted on the charts in 2008.
- April 24, 2013